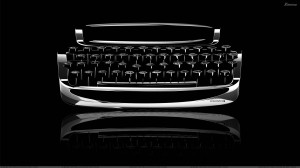 For those that are unfamiliar with the Black List, it is put together annually and is not really (in my opinion) what you could describe as a “best of the best” list it is primarily a “best of the most liked scripts that were submitted” list.

It is taken from nearly 300 film executives, who are then asked to submit their ten favorite script that were submitted in to them.

For 2012, there had to be at least 6 recommendations for entry, so henceforth this is why it cannot be conceived as the best of list.

So for you screenwriters or budding scriptwriters it is definitely worth a look-see.

As well as the name of the script it also lists:-

If you are a budding script writer then these could be good for you to approach for your work.

You would probably be better with having several scripts handy rather than just one, having more than one script shows seriousness (not that one really good script doesn’t) but there will be “flavor of the months” or a certain styles or storyline that might be “in vogue”