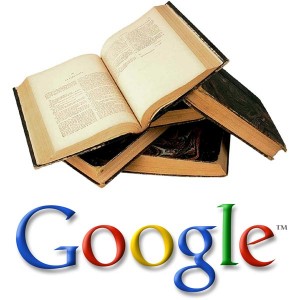 Google books has finally cleared the way to launch, after lawsuits were cleared between them and the traditional publishing industry.

This deal allows Google to scan books, which was met with opposition by the traditional publishers as they felt it infringed on copyright issues.

Google had wanted to bring the publishing world in the 21st century, which it had needed to.

We have seen the slow almost non-movement of the film and music recording industries, where old style thinking was unwilling to believe that things could change, but as we all know they have; times change and we have to change with the times.

For me this has taken way too long, I believe (naively) that if there is a point of concern then conversation using logic can rectify matters fairly quickly. But in business as we know these things take way too long.

This deal between Google and the traditional publishing industry has taken the best part of 10 years!

Now as we know there is a company called Amazon and a device called a Kindle which has in my opinion taken a stranglehold on the publishing world. As well as this, ePub is chewing away healthily at the hold the traditional publishers have had.

It could prove to be a classic faux pas for the traditional publishers.

It is well known the traditional publishing market is hurting (which some authors will have mixed feelings about, many have submitted manuscripts and have never heard anything back) but today, authors can now self publish themselves (especially e-book authors) which is a fairly simple process. Why would they keep pursuing the antiquated cobwebbed style of the traditional publisher?

These traditional publishers must be kicking themselves, had they found a way to work with Google originally, they would have maintained and increased their hold on this sector.

With Amazon and Kindle so dominant in this market (they went in and seized the initiative) can Google at this stage in the game, take ground and more importantly, what long term effect for the traditional publishers does the current digital prominence have on their market?

Will there be tears?